An Evening of Music with the BYU Singers 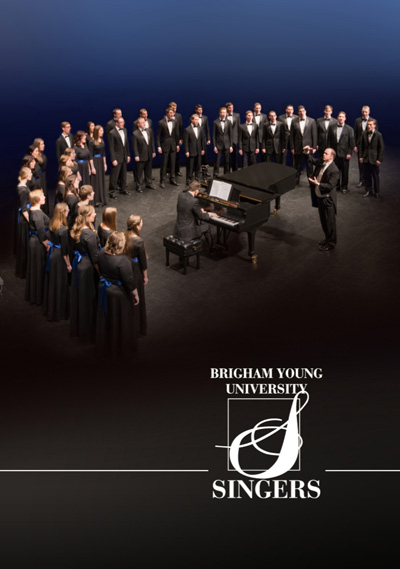 Since its creation by Dr. Ronald Staheli in 1984, Brigham Young University Singers has received international acclaim for spellbinding performances of music from a variety of genres. Whether performing a Renaissance motet or an African-American spiritual, this elite choral group, directed by Dr. Andrew Crane, receives enthusiastic responses for its remarkable artistry and distinctive style.  The choir has performed with the Israeli Chamber Orchestra and has toured across five continents to Eastern and Western Europe, the Middle East, China, South Africa, Australia, and New Zealand. The group was one of two choirs chosen to represent the United States at the Fourth World Symposium on choral music in Sydney, Australia.

**All tickets will be 20% off until April 15, 2019, afterwhich discounts will be available for seniors, students, and groups through the box office.**